Rumors are spreading even faster than the corona disease itself. A lot of people think that the virus is created intentionally to controls world’s population. Not all the normal people but a famous British boxer Aamir Khan said, “The news and government are behind this propaganda, China and bat is not responsible for this virus. This is a man-created virus that’s been put to test 5G Technology and to control the increasing Population of Earth.

During Olympics 2004, Khan has won the silver medal for Britain, went on to stress that the corona virus created by Government intentionally to control growing population and to test 5G.

Do You Think it has anything to do with 5 G Technology?

Stephen Powis, The Medical Doctor at UK National Health Service said, these are the fake news with no scientific backing.

The 5G Story and Phone networks rumors are utter rubbish. Those networks are also used by emergency services and workers.

As far as population control is concerned, I don’t think it’s true at all. 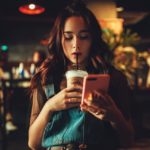 3 Things Women Wish Men Knew About How To Treat Them 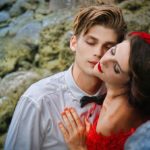 How To Be More Attractive To Women

3 Things Women Wish Men Knew About How To Treat Them

How To Be More Attractive To Women